0
The Imo State Police Command, in a statement, said the pregnant woman is still alive but unconscious while the suspect is in a hospital receiving treatment for the injuries inflicted on him by an angry mob. 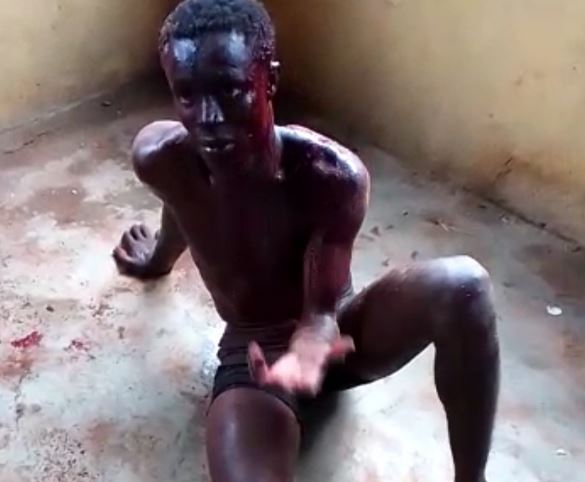 The Imo state police command has disclosed that the pregnant woman who was stabbed in Imo state by an escaped prison inmate is alive.

Afterwards, police arrived at the scene and tried to take the suspect away to the station but relatives of the victim put up a resistance as they demanded for the suspect to deal with him themselves.

The Imo State Police Command, in a statement, said the pregnant woman is still alive but unconscious while the suspect is in a hospital receiving treatment for the injuries inflicted on him by an angry mob.

Imo State Police Public Relations Officer Michael Abattam said in a statament: "Sequel to a report that, on 19/6/2022 at about 1020 hours, a young man, Ifeanyi Chikere Okoro ‘m’ of No. 4 Bus Stop Area,Old Nekede road Owerri, stabbed a pregnant woman, Mrs Sandra Onyema ‘f’ of the same address, in the stomach and she died on the spot and irate mobs were about lynching the young man.

"The Divisional Police Officer (DPO) of Umuguma Divisional Police Headquarters Owerri,  immediately dispatch two police patrol teams to the scene. Unfortunately, before their arrival, the irate mob who were in their numbers, had inflicted several matchets cuts of various degrees on the suspect, Ifeanyi Chikere Okoro, threatening to lynch him, when they were stopped by the police operatives, after several pleas.

"The police operatives who were professional in their conduct, on rescuing the suspect from the hands of the irate mob, hastily took him to Police Medical Center Owerri, after being rejected by two renowned hospitals. He is presently on admission in the intensive care unit of the hospital receiving treatment.

"Meanwhile, the said pregnant woman whom the irate mob presumed died is alive but unconscious receiving treatment in Holy Family Hospital Ikenegbu Owerri, Imo State. More so, she is not pregnant.

"The Commissioner of Police, CP Mohammed Ahmed Barde, psc (+), while commending the officers and men for their timely intervention condemned the action of the irate mob. Stressing that, it is barbaric and unacceptable in law. He advised imolities to always shun self help in criminal matters rather they should always resort to the rule of law." BBNaija Level Up: Why I Nominated Khalid For Eviction – Adekunle #BBNaija: It Is Serious - Khalid Talks About Relationship With Daniella (Video) #BBNaija: Moment Bryann Looked At Ilebaye Suspiciously As She Gives Him Food After Their Fight (Video) #BBNaija: Doyin Confronts Chomzy For Calling Her ‘Fake’
2 days ago