Man Forced To Sleep Outside After Winning Argument With His Wife 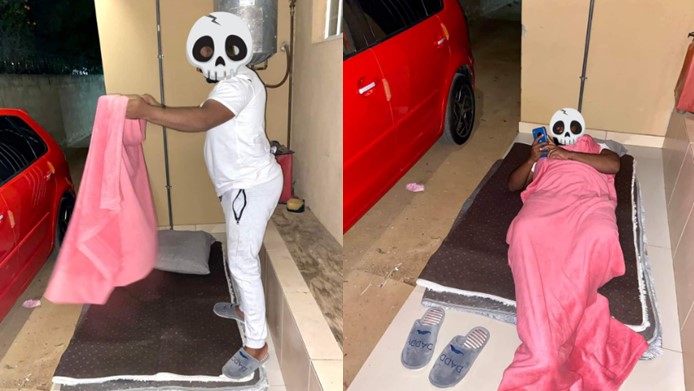 A man named Young Kemt, has taken to social media to reveal the consequences he was subjected to after arguing with his wife.

He won his wife in an argument which took place at night and was forced to sleep outside in the cold.

The husband shared photos of him on the spreading blankets on the balcony which he eventually laid on, while seeing the situation as a hilarious one.

“After winning n argument with your wife”, Kempt captioned. 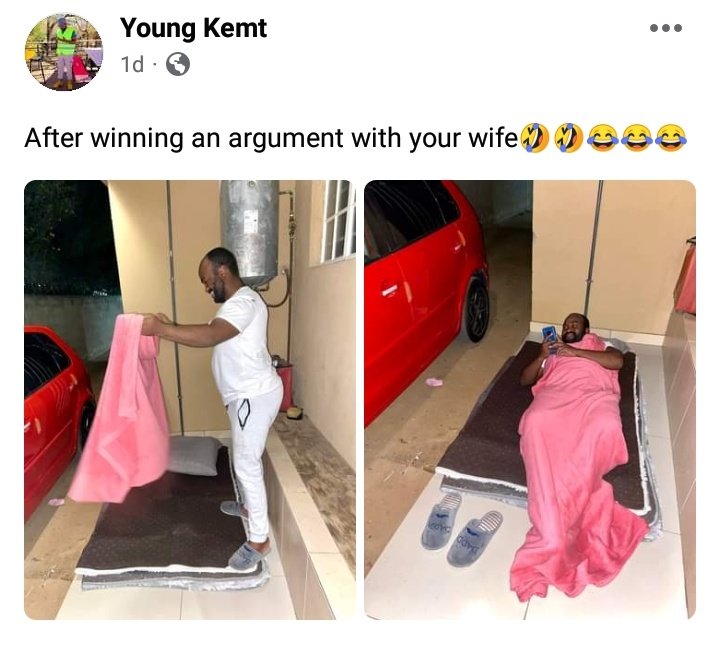 Reacting, @chemicalbrodar said; Took one for the team. A king!

@Atsema3; Argue with women at your own peril

@ighoveya; You would have bought her the most favorite food that she like. Problem solved.

@nathan_oji; I don’t even have to read the comments to know how fun or funny most of the ladies think this is. Till it will be tweeted by a woman. #BBNaija: “You’re Nothing And Our Relationship Here Is Not Even Serious” – Sheggz Blows Hot At Bella