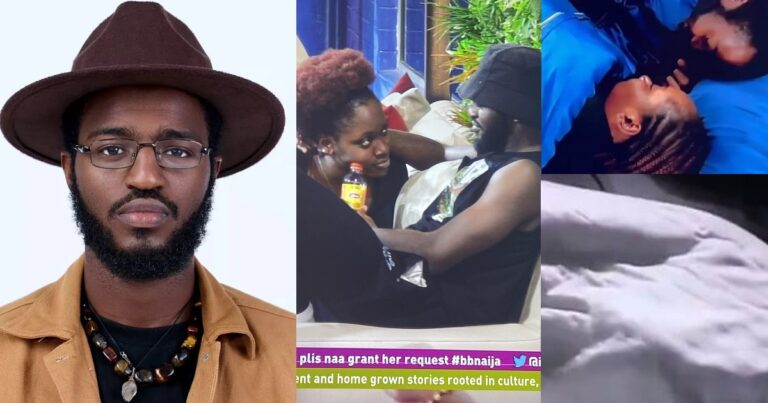 Videos capturing the intimate moments between the 22-year-old level-up housemate, whose real name is Ismail Ahalu, and his in-house lover, Daniella, have raised eyebrows online.

Social media users questioned his faith, especially after he told his love interest that their relationship could end if she doesn’t quit drinking, as it’s against his religion.

Akintola, in an interview with Vanguard, reacting to Khalid’s actions in the house, said he cannot make any Shari’a pronouncement on Khalid.

Khalid says he’s Muslim and if Daniella keeps drinking, he’ll have to end it.

🤣🤣🤣
You’re having premarital sex but alcohol is where' you draw the line, Alhaji?

Akintola, who described the reality show as satanic, said MURIC has repeatedly called on the federal government to ban the show.

“I have no comment concerning Khalid. Whatever anybody is doing in BBNaija is haram, BBNaija itself; the whole of it. So, it’s not about the aspect of alcohol or whatever. I was part of a group that went to court to stop BBNaija, but the system continues to encourage BBNaija, some of our people in the media, and journalists continue to encourage them because there’s money there.

“Nigeria worships money and then we are destroying our youths, who are watching this show and there are some irresponsible parents, too, who are watching and encouraging their children to watch it. The youth, whether a young man or an old man who goes to participate in BBNaija should be condemned. I will not pick any individual for particular criticism.

“Whatever is built on nothing is nothing. Whatever is built of haram is haram. We condemn BBNaija and whatever it produces, whatever is the product that comes out of it remains condemnable whether they are Muslims or Christians, we condemn every action that takes place in BBNaija and the government should ban it, but the government is not listening to what we are saying”. The publication quoted him as saying. Ethiopia ‘Bans’ Visa On Arrival For Nigerians
2 days ago